Fortnite PS4 Review – There are so many battle royale-themed games out there. You may have heard of PUBG and Apex Legends. Both of these games are very heavy in terms of the PC specs needed. That is why players play Fortnite. The presence of Fortnite: Battle Royale can be another game choice as the main choice. This will provide almost the same experience but in the form of a different graphic quality. And the great thing is, we can play this game without having to be charged or free. So, if you are curious about the best fighting game, let’s reveal it in this Fortnite PS4 review today.

Fortnite Battle Royale is a game that provides a free mode, fast-paced gameplay, which is similar to the Battle Royale innovator PlayerUnknown’s Battlegrounds. However, Fortnite: Battle Royale wraps its structure in a more unique way when compared to PUBG. While the similarities between the two games can be striking, the cartoon visuals of Fortnite and the real arcade shooter set them apart.

Battle Royale is a game that provides PvP mode for up to 100 players, where all of us can play simultaneously and are presented for free to users. The game was released on September 26, 2017, and can even be played on PC, PlayStation 4, Xbox One, and Mac. With the presence of the game, we can create Squads and build when in a state of war, control, weapons, movement, and much more. This game is available as a selection of games that can be downloaded for free at all official game stores such as the PlayStation Store, and the Xbox Store, and Windows

Next, let us understand deeper on this Fortnite PS4 review today. Fortnite actually has a mode with a standard Battle Royale format: 100 players enter in a huge arena, where the last person alive wins. Once 100 players (or close to it) join the match, everyone will start the movement from parachute to a large island. Choose your starting place, then parachute down, steering a random generic character ready to be presented and start the action.

From there, it’s a race for the best viewpoints and state-of-the-art equipment, both of which increase our chances of survival. To keep things going until the end, there will be a shrinking “blue storm” on the map, forcing players closer to each other. That’s the game: Keep moving, keep killing. The last person or team standing wins. You can play solo, as a duo, or in a four-man squad.

Most of the valuable loot is found in urban areas, where it is scattered around the center of the map. Thus, position determines achievement, which in turn will provide many choices to make. However, there are some big stakes if you want the ideal position, let alone a lot of players who will think the same as you (remember, there are 99 people you are ready to face). The risk, you can die early in pursuit of rare weapons.

Fortnite “seems” to force us to play loose, take considerable risks, and think about the endgame while in the midst of a frenzy. When it comes to the final group of players in tight play areas, the one with the most resources will have a sizeable advantage.

Battle Royale has something unique, which sets itself apart from PUBG. We will see in terms of gameplay for building business, which is adapted from a survival base game, you will even have a pickaxe at the beginning of the game. Almost everything in the Fortnite environment can be broken down into useful materials like bridges and so on. Stones crumbled into a very useful stone, trees were cut into wood, and heavy machinery turned to metal. You can also find materials lying around, in treasure chests, and from looting someone who died early.

With these three resources, we can build structures quickly. For example, when we need to pass through a gap that has a wide distance, we can build a bridge. Or also when we need a safe position on the mountain, then the presence of stairs will be very helpful. In the end, whoever can maximize the available resources, of course, will have its own advantages, although the skill of using weapons will determine everything.

Plus, player-created structures, like everything else, can be smashed and stuck like a sore thumb, but if you’re far down and they’re up high, you’re bound to be at a severe tactical disadvantage. The building structure is very easy and fast to use, even with limited input on the controller, but it doesn’t feel like it fits the Battle Royale format. This game also in fact also has many types of weapons, although some versions of Battle Royale look different

While things are starting to get comfortable, Fortnite’s servers are starting to feel like they’re on the downside. This is because there has been a huge decrease due to the player leaving every single day. Other competing games such as PUBG and Apex Legends prove to be a better games in general. And we will also talk about this in our Fortnite ps4 review.

Another reason is that whenever we build or break something, we are indirectly giving away our position. Battling another player feels harder this can cause prolonged clashes and a waste of time. In stark contrast when PUBG players live and die because of their ability to master the right systems, the mechanics of Fortnite leave room for opportunity in deadlocked encounters. Thus concluding our Fortnite ps4 review.

Pros of Fortnite:
– Fortnite is free to play and accessible to many platforms.
– The game is interactive and has good graphics for beginners in battle royale
– Many skins and events for players to play

Cons in Fortnite:
– Decrease in player and more hackers everyday
– Fortnite is lesser accessible in regions without server
– Hard to play mechanics especially in building 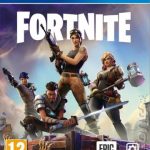 Battle Royale has something unique, which sets itself apart from PUBG. We will see in terms of gameplay for building business, which is adapted from a survival base game, you will even have a pickaxe at the beginning of the game.